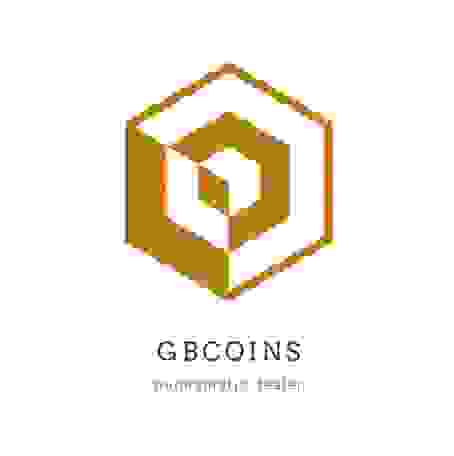 Click the button below to find out more about the life of King George V and some of the coins produced within his reign.

Click the button below to find out more about the life of Queen Victoria and some of the coins produced within her reign.

Click the button below to find out more about the life of King George V and some of the coins produced within his reign.

King George III was the ruler of Great Britain and Ireland from 1760 until his death in 1820. His reign was one of conflict, with wars arising across the world with the continual expansion of the British Empire. Early in King George III’s reign he won the Seven Years’ War against France in 1763, making Britain the dominant power in North America and India.
This by no means led to peace across the British Empire, with colonies across the new world becoming unhappy with the large amounts of tax they had to pay whilst having no seats or power in Parliament. By 1775 the War for American Independence had broken out and with the help of France, they had taken their independence by 1783.

With the French Revolution overthrowing the French monarchy there was rising tension in Britain that the French, under the leadership of Napoleon Bonaparte, would try to invade. There was a swell in the number of volunteers to the army with 27,000 being reviewed in Hyde Park. King George III was said to have told Bishop Hurd that he would lead his troops from the front against Bonaparte.

King George III was plagued with mental illness throughout his later life and in 1810 a regency was created where his
son Prince George IV would rule in his place. Napoleon’s armies were defeated at the battle of Waterloo and he surrendered a few days after the battle. Britain and King George III had earned a decisive victory.

Soho Mint was created by Matthew Boulton (1728 - 1809) in 1788 in his Soho Manufactory in Handworth, West Midlands England. A mint was erected at the manufactory containing eight machines, to his own patent design, driven by steam engine, each capable of striking 70 to 84 coins per minute.

In addition to copper domestic coins, silver coins were made for some of the colonies, and various trade token and medals were struck. Among the medals produced were the Seringapatam medal, made for the East India Company in 1801–2 to reward participants of the Battle of Seringapatam, and a medal for the Battle of Trafalgar, which Matthew Boulton produced at his own expense and gave to all those present at the 1805 battle.

A coin shortage saw the government in 1797, authorise Matthew Boulton to strike copper pennies and twopences at his Soho Miint, in Birmingham. It was believed that the face value of a coin should correspond to the value of the material it was made from, so each coin was made from two pence worth of copper (2 ounces). This requirement means that the coins are significantly larger than the silver pennies minted previously. The large size of the coins, combined with the thick rim where the inscription was punched into the metal, led to the coins being nicknamed "cartwheels" All "cartwheel" twopences are marked with the date 1797. In total, around 720,000 twopences were minted and are some of the most iconic  British coins to be created using a new method of steam driven manufacture produced by James Watt (1736 - 1819)

Jean-Pierre Droz (1746 - 1823) was a coin and medal engraver born in Switzerland and trained in Paris. Droz was most known for engraving the Napoléon coin at the Paris Mint. He was employed by the prominent English manufacturer and business man, Matthew Boulton (1728 - 1809) to improve Boulton's coin and medal quality. However, he worked there for just two years and produced some beautiful patterns pieces. In 1789, Droz devised a collar used to engrave the sides of coins and ensure a circular shape, and though it was unsuitable for large numbers of coins, it remained in use at the Soho mint.

Victoria (Alexandrina Victoria; 24 May 1819 – 22 January 1901) was Queen of the United Kingdom of Great Britain and Ireland from 20 June 1837 until her death. On 1 May 1876, she adopted the additional title of Empress of India. Known as the Victorian Era her reign spanned some 63 years and seven months. It was a period of industrial, cultural, political, scientific, and military change within the United Kingdom, and was marked by a great expansion of the British Empire and with it produced some of the most iconic and sort after coins to date.

Victoria reigned for 63 years and naturally as her appearance changed so came a time to update the effigy on the obverse of her coins. There were 4 main engravers who were appointed to do the job. In the early years it was the job of William Wyon he (WW), Chief Engraver to the Royal Mint and Baptiste Merlen (JBM) a French engraver this collaboration saw the inception and creation the Shield back coinage (1838 - 1887)

Saint George and the dragon

The so called Young Head (1871 – 1887) saw a collaboration of William Wyon (WW), Chief Engraver to the Royal Mint who designed the obverse and
reverse designed by Italian medallist Benedetto Pistrucci (BP).

Rather than a shield on the reverse Pistrucci's saint George and the dragon design was reused from 1871.

The series of coins know as the Jubilee Head (1887 – 1893) saw the obverse designed by Austrian sculptor Joseph Edgar Boehm (JEB) and the reverse designed by Italian medallist Benedetto Pistrucci (BP).

Towards the end of Victoria's reign it was the job of the English sculptor Thomas Brock (TB) to design the obverse effigy of  Victoria's. The reverse was designed by Italian medallist Benedetto Pistrucci (BP).

One of the most iconic coins from this era has to be the gold five pound piece. They have become increasingly more desirable over the years especially visually stunning proof examples, . Being the last design of Victoria’s long and accomplished reign, adds to the popularity of this Old Head design, in today’s market they regularly sell in excess of £20,000.

Born during the reign of his grandmother Queen Victoria, George was third in the line of succession behind his father, Prince Albert Edward, and his own elder brother, Prince Albert Victor. From 1877 to 1891, George served in the Royal Navy, until the unexpected death of his elder brother in early 1892 put him directly in line for the throne. On the death of his grandmother in 1901, George's father ascended the throne as Edward VII, and George was created Prince of Wales. He became king-emperor on his father's death in 1910.

George V's reign saw the rise of socialism, communism, fascism, Irish republicanism, and the Indian independence movement, all of which radically changed the political landscape.

The Parliament Act 1911 established the supremacy of the elected British House of Commons over the unelected House of Lords. As a result of the First World War (1914–1918), the empires of his first cousins Nicholas II of Russia and Wilhelm II of Germany fell, while the British Empire expanded to its greatest effective extent. In 1917, George became the first monarch of the House of Windsor, which he renamed from the House of Saxe-Coburg and Gotha as a result of anti-German public sentiment. In 1924 he appointed the first Labour ministry and in 1931 the Statute of Westminster recognised the dominions of the Empire as separate, independent states within the Commonwealth of Nations. He had smoking-related health problems throughout much of his later reign and at his death was succeeded by his eldest son, Edward VIII.

Mackennal was appointed head of modelling and design at the Coalport Potteries, Shropshire early in 1886. In the same year he won a competition for the sculptured reliefs on the front of Parliament House, Melbourne, and returned to Australia in 1887 to execute these.[1]

While in Australia, Mackennal obtained other commissions, including the figure over the doorway of Mercantile Chambers, Collins Street, Melbourne. Mackennal also met the visiting Sarah Bernhardt who strongly advised him to leave Australia and return to Paris. Mackennal borrowed money from Frank Stuart and arrived in Paris in 1891.[1] La Tete d'une Saint (Head of a Saint) 1892 was produced soon after his arrival in Paris. Head of a Saint features a contemporary modern woman, with elaborate lilies. The marble version of Head of a Saint was included in the Paris Salon of 1892, with a single bronze version known to also exist. In 1892, the Argus reported that the 'relief in marble, for its size, is the best thing of its kind in the Salon.' In 1893 he had his first success when his full-length figure "Circe", now at the National Gallery of Victoria, obtained a "mention" at the Old Salon and created a good deal of interest.

It was exhibited later at the Royal Academy of Arts where it also aroused great interest, partly because of the prudery of the hanging committee which insisted that the base should be covered.ay something interesting about your business here.

In 1910 Mackennal designed the Coronation Medal for King George V and also won the important commission for the obverse design (the monarch's head) of the new coinage needed for the new reign from 1911, from which he developed the new design for the King's head on British postage stamps.[1] This is certainly his most enduring design. His initials, B.M., can be seen on the truncation of the King's neck on the obverse of all British coins of George V.

His next important work was the memorial to Thomas Gainsborough at Sudbury, which was followed by the memorial tomb of King Edward VII at St. George's Chapel, Windsor. Mackennal also sculpted statues of King Edward VII for London, Melbourne, Calcutta and Adelaide. Mackennal was the first Australian artist to be knighted.[5] He was created a Knight Commander of the Victorian Order in 1921 by H.M. King George V on the occasion of the unveiling of the London equestrian statue of King Edward VII.[6] He was elected R.A. in 1922.